They say there’s no such thing as bad press. But if you’ve been working in the charity sector over the past few years, you might be inclined to disagree.

From 2015 onwards, a series of shocking headlines has made a huge dent in public trust in charities.

They began with the suicide of elderly poppy seller Olive Cooke, who felt “distressed and overwhelmed” by requests for donations, and continued with the forced closure of Kids Company due to allegations of mismanagement.

And they culminated in the sex abuse scandals that rocked charity giant Oxfam in 2017/18.

By that year, research by the Charity Commission regulator put overall trust in charities at 5.5/10, down from 6.7 just four years previously.

But is this the whole story?

The Edelman Trust Barometer finds that while only 47% of people in the UK trust NGOs, the figure is the same for business, and just 42% for the Government.

That’s lower than in most other European countries, suggesting that the UK has a growing problem with trusting authorities across the board.

While the Kids Company and Oxfam scenarios would be unacceptable in any sector, people do seem to hold charities to different standards.

As Dan Pallotta’s TED talk pointed out, expenditure on salaries and systems is criticised as ‘overheads’, when in a business context it would be accepted as ‘investment’, ‘modernisation’ or ‘attracting top talent’.

So how do those of us who still believe passionately in the charity sector rebuild public trust?

The Charity Commission’s 2018 survey sheds some light on the issue.

It asked respondents to rate what makes them trust a charity, scored out of 10. The overall findings are: 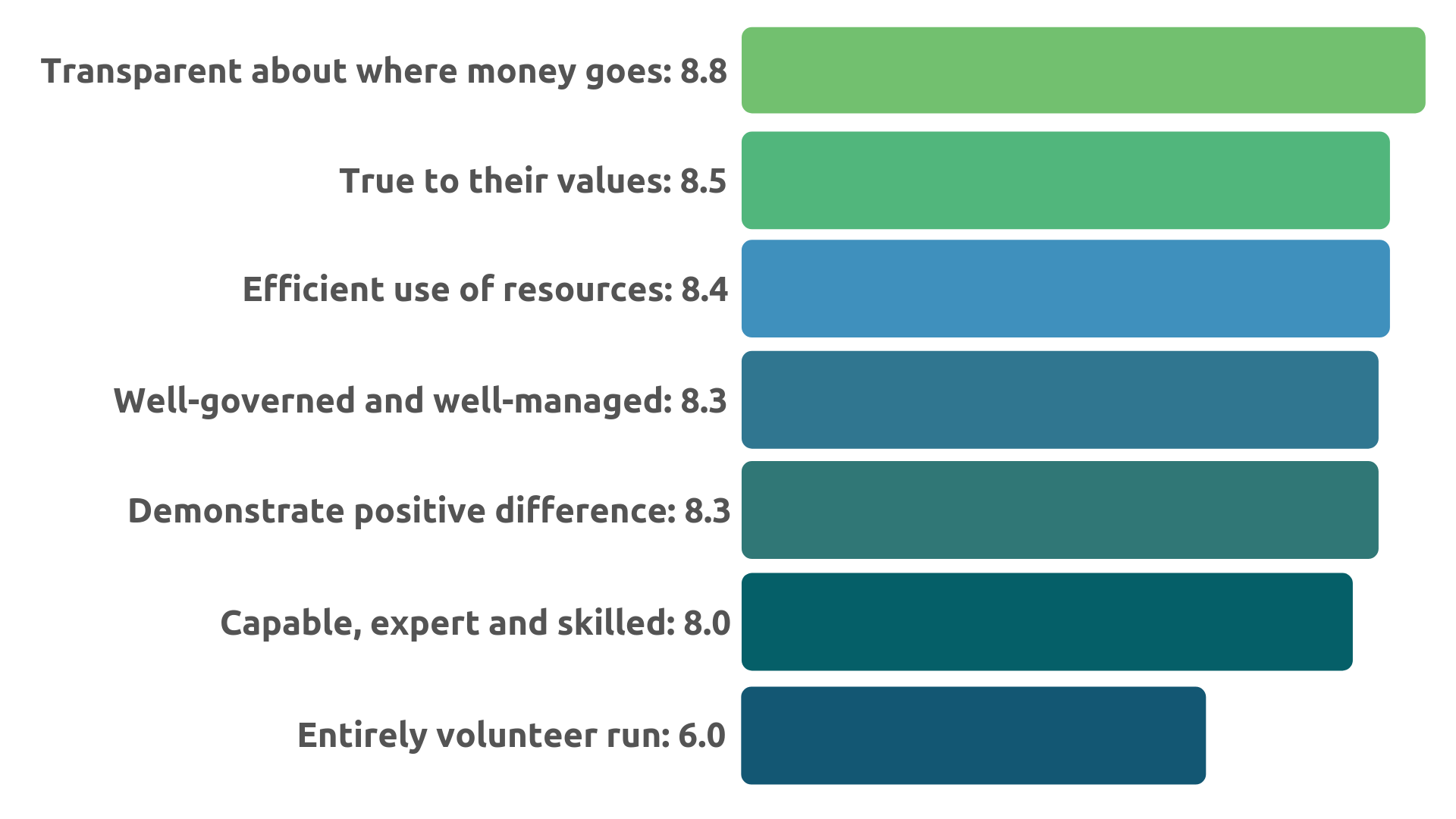 That’s a clear win for transparency.

To explore the issue further, the Charity Commission mocked up four near-identical charity adverts and asked respondents which ones they trusted the most, and whether they might be prompted to donate.

Again, the winner was the ad that showed how donations were spent and the difference they made.

Joint least likely to prompt donations was the ad with the Charity Commission watermark.

Now, those of us in the sector know how important regulation is for many reasons. But the public doesn’t, necessarily.

Compliance is a bare minimum for your charity, not an effective money-spinner or trust-builder.

We’re living in an era of hyper-transparency.

In business, that translates to customers demanding their favourite brands are being environmentally friendly and not using child labour.

For charities, that means clarity around how donations are spent and what good they’re doing. Modern technology such as blockchain is making that not only possible, but expected by donors. 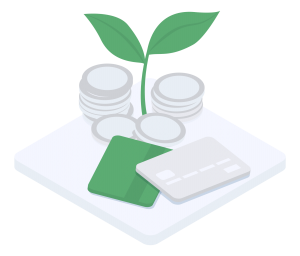 Charity evaluator GiveWell even determines its top eight recommended charities by how much good additional donations would do, prioritising those that could put new funding to good use rather than sitting on it.

So far, the hyper-transparency drive has been driven by Millennials.

But hot on their heels is Generation Z, also known as the ‘philanthroteens’: hyper-aware of social issues, and with the technical nous and social media game to match.

Gaining the trust of this next generation of donors will be key to the survival of public-funded charities.

As marketing strategist Gregg L. Witt told Philanthropy News: “Most importantly, they also want to be able to trust the people behind the organization. The task of the nonprofit is to prove beyond reasonable doubt that they are who they profess to be, and that their impact is tangible.”

As in every sector, compliance and regulation remain top priorities for charities.

Yet donors and beneficiaries are less likely to be swayed by a stamp of approval from a government body than by good, clear evidence of where their money goes and how it helps.