If you work in the charity or public sector, what do “outsourcing” and “collaboration” mean to you?

Perhaps you found yourself nodding fervently at the recent announcement from the Labour Party, which unveiled plans to stop councils outsourcing public services. Shadow chancellor John McDonnell said it was time to end the ‘scandal’ of private sector companies ‘ripping off’ taxpayers while remaining ‘wholly unaccountable’. 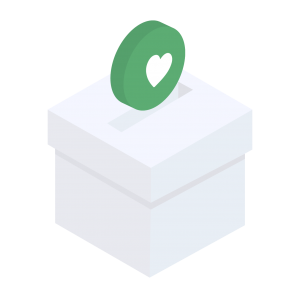 But even if you subscribe to that view, public-private partnerships are not the only outsourcing model possible. Labour’s announcement sparked alarm among the 11,000 charities who have contracts with the public sector – and fulfil them admirably.

Lord Adebowale, the chief executive of the social care charity Turning Point, which derives 98% of its income in this way, told Third Sector that research showed the public preferred services delivered by social enterprises.

“However public sector services are commissioned and managed, the crucial thing is that they are providing the best possible outcomes for people,” he said. “Ideology must not get in the way of that.”

His words were echoed by the National Council for Voluntary Organisations (NCVO), whose spokesman told Third Sector that local authorities should have the freedom to make their own decisions on service delivery.

He said: “We’d certainly benefit from reviewing current practices in outsourcing but it wouldn’t be in the best interests of the public to create more barriers for charities that want to deliver services.”

When it comes to discussing public sector outsourcing, there are not one but two elephants in the room.

Firstly, Brexit. In early July, before Labour made its pledge, charity coalition the Community Wealth Fund Alliance released a report on how to replace European funding post-Brexit.

The report, Sharing in Prosperity, raised concerns that the Government’s proposed Shared Prosperity Fund could be “dropped in from a national level” rather than planned through partnerships between local bodies.

“Whether it’s social enterprise or cooperatives charities, there’s no doubt the sector has an important role to play in local economic development.”

And secondly, adult social care. Last year, the Richmond Group of Charities produced a report on the current crisis in social care.

It stated: “Longer term, the social care budget will need to rise by £14.6 billion p.a. just to maintain this wholly inadequate status quo, and will require at least the same again on top in order to deliver an improved system for 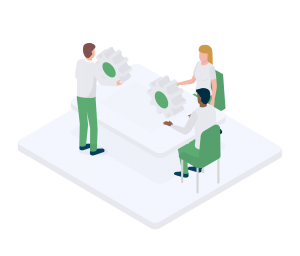 service users and their families.”

A Government green paper is long awaited on this issue, but it seems likely that charities will be called upon to help local government budgets stretch that much further.

As Alison Haskins of the Halifax Opportunities Trust writes, the collapse of Carillion has highlighted how several smaller contracts can be less risky for a council than one larger one. Charities are often best placed to provide services such as adult social care, “where trusting relationships, a person-first approach and innovation are required”.

So are private companies really the bad guys? As ever, behind the grand policy announcements is a world of nuance: of innovative, fruitful collaborations involving government, charities and, yes, commerce.

One area in which the private sector has much to teach the non-profit sectors is technology. It’s a wide-ranging topic, to which CharityComms has launched a free Innovation Guide, but one in which there are many shining examples of excellent practice.

Firstly, there are straight-up philanthropic funds, such as the Paul Hamlyn Foundation’s Tech for Good fund with Comic Relief, which recently dispensed £370,000 to charities. Among those to benefit was the Alexandra Rose Charity, which is developing an app that digitises the reimbursement of vouchers so that more partners can be involved in its work supporting low-income families to buy fresh fruit and veg.

Then there are longer term collaborations, where the technological expertise of the private sector is as valued as its funding power.

In February, the Government announced it would be working with the Social Tech Trust on a new £30m Social Tech Venture Fund. This aims to enable socially motivated tech ventures to grow and scale their impact through equity investment.

Innovative social enterprise Alice, meanwhile, has brought together experts from academia, the non-profit sector and commerce to utilise blockchain technology for the public good. Its recent campaign with St Mungo’s enables donors to see the real-time impact of their funds.

A more traditional technology giant is IBM, which is supporting Arthritis UK to develop a chatbot to support the 10 million people in the UK with the condition. Still in its beta stage, it’s already talking to around 100 people per day, who typically ask questions about pain relief, medication and symptoms.

And Connect Assist’s Veterans’ Gateway is using the latest technology to offer support to the six million members of the British Armed Forces’ community. Response to all channels are driven through the CRM, Oracle Service Cloud, so all enquiries are held centrally. Any enquiry creates an incident in Oracle Service cloud allowing us to respond to each query, either by the channel it came through or whichever channel may be requested by the service user.

This is just one example of the many omni-channel, innovative approaches that Connect Assist’s call centre services deliver for charities and local authorities throughout the UK.

Charities and councils who reject private sector collaborations are missing out. They could be eschewing technological advances that would benefit the very people they want to support, or forgoing funding that could stretch their hard-pressed budgets and open new doors for them. 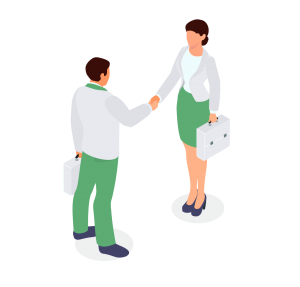 There are many commercial outsourcing suppliers in the market. Some of these have hit the headlines in recent years for the wrong reasons. Government and Local Authorities should not tarnish all suppliers with the same broad brush.

Partnerships with suppliers that share the same values, can innovate and deliver great service. They need to be forged with respect on both sides, and on as equal a footing as possible. Mutually advantageous collaborations, not one-sided set-ups.

If  partnerships are conducted openly, honestly, and cleanly, “outsourcing” and “collaboration” are certainly not dirty words.