Beating the January blues: How Charities can meet demand for services when faced with a reduction in funding

The New Year brings an opportunity to consider where the sector is heading – what trends to get on board with, the challenges that will need to be overcome and where the opportunities lie.

As we enter a new decade, we’re cautious of trying to gaze too far into the future, with the new political landscape still finding its feet. This uncertainty about the emerging UK government, coupled with Brexit, means it’s a dangerous game to head off down one path hoping for the best.

As a result, those January blues take the form of the third sector holding its collective breath, with a faint hope that the wind will blow in its favour once Brexit washes through.

One thing is for sure, however: UK charities will be asked to do more with less – which is fast becoming the sector’s reluctant modus operandi. 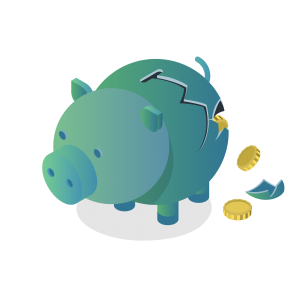 A product of the political change and turbulent economy is supporters tightening their belts; January can even see a new buckle hole being punched. This squeeze on charity budgets is exacerbated by shrinking public funding. All the while, demands for services remain as potent as ever.

While it can be reassuring to hear that you’re not alone in having to do more with less – CAF research identifies income generation as the top challenge for 59% of charity leaders, with 21% of smaller charities (those with under a £1million income) struggling to survive – it inevitably increases competition for grants and donations.

The Good Exchange’s 2019 research revealed that the average time spent completing grant applications (just grants, not public sector tendering processes) was around 38 days per organisation, with only around three out of five being successful.

Of course, the applications themselves are only part of the overall bidding process – there’s also the simple task of finding grant funders, choosing which ones are worth applying for, all of the actual service design, bid planning, and good governance approval processes; all of which needs to be completed before you get anywhere near filling in an actual form. 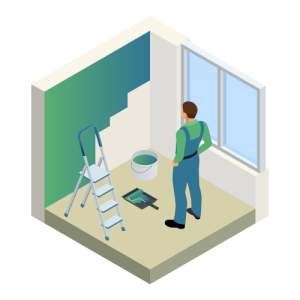 Charities have little choice, then, but to get creative with their finances and identify new and different ways they can generate income. The key to survival and maintaining resources is to diversify income, so that if one revenue stream dries up, it’s just a case of turning the tap on faster elsewhere.

But how do you build financial resilience? That’s the question charities will need to find an answer to over the next few months.

Here are some things to structure those brainstorming sessions around: 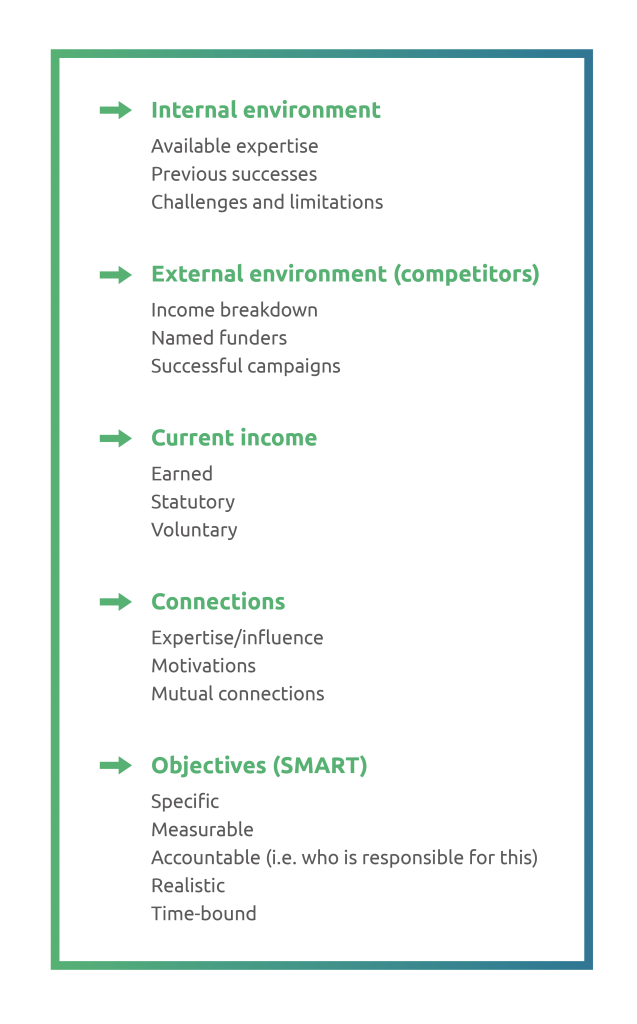 Collaborations could be key

In 2018, Prince William sparked a debate in the sector when he called upon charities to collaborate more in order to achieve their charitable objectives. He said competition for funds between an “ever-growing number of charities”, and the confusion it could cause among donors, could lead to expertise not being shared and “at worst, territorial behaviour”

With each passing month since, the Prince’s words are proving more salient, particularly with financial resilience in mind.

Whether it’s an informal collaboration such as information sharing or lending equipment, or formal arrangements over joint projects and sharing resources, or outsourced functions such as finance or IT, collaboration can lead to cost savings, expertise sharing, greater public awareness and access to new funders. While collaborations might prove costly in the short term, they could help charities create a sustainable long term future.

So, why not start 2020 by putting collaboration – as part of a wider income diversification strategy – at the top of the agenda?