Charities and social media: how to make it work

If there’s one thing that charities should be about, it’s bringing people together.

So social media and charities seem like Wimbledon and strawberries: a match made in heaven. For many UK charities, Facebook and Twitter are now as much a part of their marketing strategy as a Christmas catalogue or sponsored swim – if not more.

Yet according to the latest Charity Digital Skills Report 2019 from Skills Platform, there’s a growing lack of confidence among charities when it comes to social media. 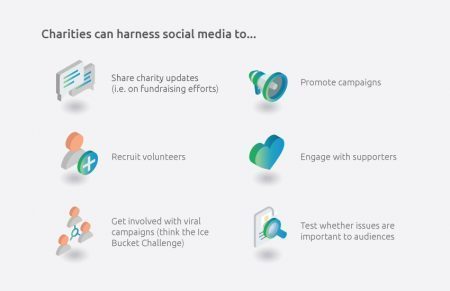 The percentage who think they are excellent or good at social media has dropped from 64% in 2018 to 60%. The number of those who are struggling is still low at 3%, but that’s a rise from 2% last year.

Worse, it seems this is part of a wider disillusionment with digital. The report shows a drop in charities who believe that digital can help them coordinate volunteers, grow their influence with policy makers and the media, or support more beneficiaries.

It shouldn’t be like that. Used wisely, social media is an incredible tool to extend your reach, build public trust, increase brand visibility, raise interest from beneficiaries and stakeholders, and recruit volunteers. And yes, raise money too.

Here are some of the ways you should be using it:

If it’s not the first rule of fundraising, maybe it should be: tell donors how their money is spent. If your hospital has bought a new scanner, or your nature reserve planted some trees, let the world know.

This is hard, nobody’s pretending otherwise. But a quick appeal for volunteers can work wonders. And by showing what your volunteers actually do, you can demystify the process for anyone thinking about signing up.

It’s an essential channel for campaigns nowadays, sometimes even the main one. Simple, quick and cheap – what’s not to like?

Getting involved with viral campaigns

Remember the ice bucket challenge of 2014? It generated 1.2 million Facebook videos, 2.89 million views of the Wikipedia page on amyotrophic lateral sclerosis (ALS), and around $100 million for the ALS Association in the US. Many people took the challenge to raise money for other charities, too. And anyway, who doesn’t want to see their Chief Executive suffer just a little bit..? 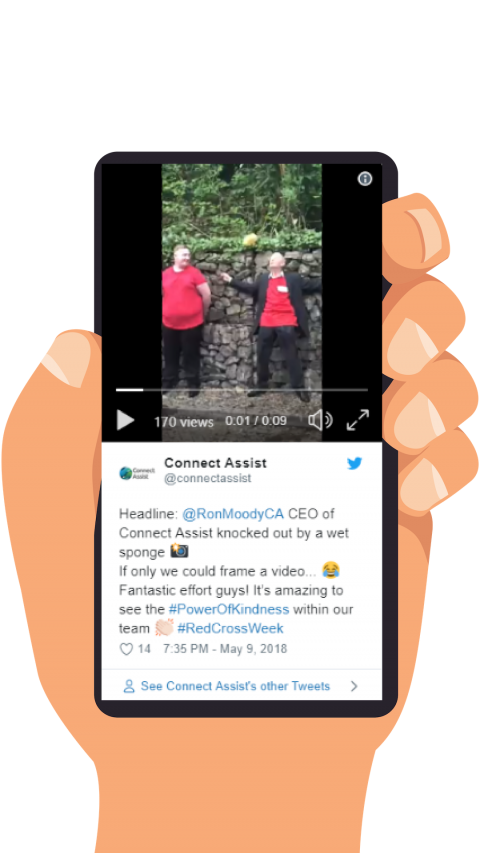 Social media is a great place to garner feedback on new messages or campaigns. Better a lack of ‘likes’ at an early stage than a lack of donations after you’ve committed your marketing budget for the year!

So where are charities going wrong with social? Quite possibly, in not taking it seriously enough.

It’s not something you can just leave to younger, more junior members of staff, even if they do have the latest smartphones and the best Twitter game. It needs to be at the heart of your organisation.

It raises several questions for your charity: 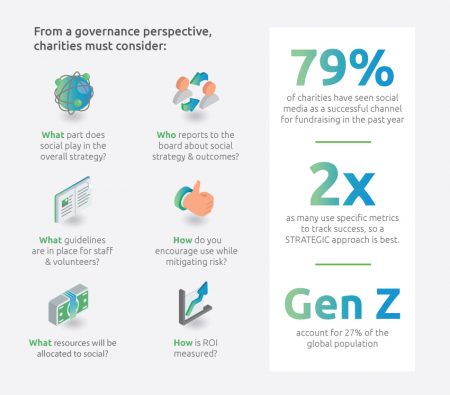 Who reports to the board about social strategy and outcomes? Will they put it high on their agenda?

What part does social play in your overall strategy? And how does it link to other organisational strategies and plans?

What guidelines will govern usage? What and who should be posting? What’s off-limits, content-wise?

How do you encourage use while mitigating risk? It’s always hard to relinquish control of your message. But if you want to engage with your audience, then you need to be ready to field some unwelcome posts.

How do you allocate resources to social media? In theory, it’s free. But great content doesn’t always come cheap, and nor do staff who really know how to use social media. And are you going to pay for sponsored posts and promotions?

How will you measure Return on Investment? It’s that age-old marketing question: how to measure communications impact? Facebook, Twitter and other channels offer a bewildering amount of insights and data about audience, reach, and engagement. Which metrics tell your real story?

So finally, what are our top tips to get the most out of social? Here are three: 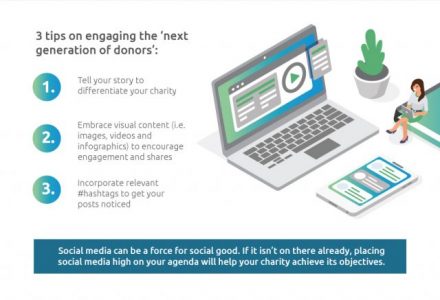 1.Tell your story. Everyone loves a great story, and your charity probably has them in abundance. Case studies from the people you support, volunteers and staff give you a human face.

2. Embrace visual content. There’s nothing like a great photo to get likes, comments and shares. Infographics are a punchy way to put your message across – particularly to invigorate potentially dry information such as impact data. In fact, they’re probably the first thing you looked at on this page!

3.Use hashtags. Crucial on Twitter, but increasingly common on other social media too. They allow you to start or join in a conversation, linking you to other people.

And, like we said at the beginning, linking people together is what charities are all about. That’s why we’ve left a download link below to our social media and charities: how to make it work infographic in full, below. Happy tweeting!