What can charities learn from previous recessions?

The Covid-19 pandemic and lockdown has been tough for charities. Demand for many services has risen, while donations have nosedived: the sector forecasts a £12.4bn drop in income during 2020 alone.

Now that lockdown is easing, charities are looking to restore their finances and services against a backdrop of severe recession. Many have been here before, after the economic crash of 2008 and subsequent recession.

So what lessons can be learned from the global financial crisis of 2008 that could guide charities now? And could there even be some positive effects of recession for the charitable sector? 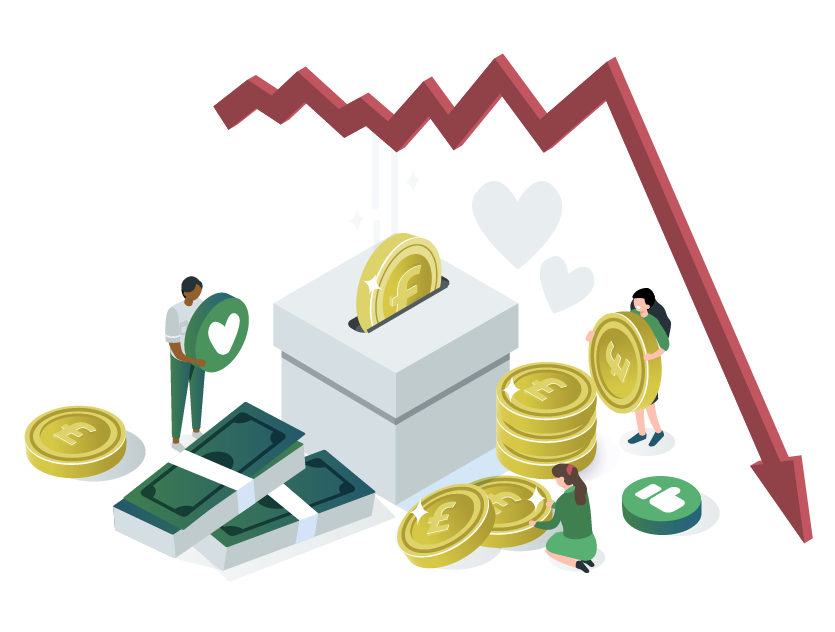 Impact of the 2008 recession on charities’ finances

The financial crash of 2008 and subsequent recession caused a significant dent in charities’ income.

A March 2010 Charity Commission report found that 59% of charities said they’d been affected by the economic downturn. Some 62% had seen a reduction in investment income, and 29% in fundraising income.

Meanwhile, a third of larger charities had experienced a rise in demand for their services.

The effects were compounded by the government’s austerity policies, which saw less funding available for the many services that charities provide in areas such as health and social care.

The report also found that, 18 months on from the financial crash, 44% of all charities were putting measures into place to counteract the effects of recession, rising to 79% of larger charities.

These long term effects of recession included reducing costs of things like stationery and printing (22%); drawing on reserves (12%); considering merging or collaborating with other charities (9%); and increasing fundraising activities (8%).

All in all, some 84% were optimistic for the next 12 months, up 15% from six months previously.

History has shown that they were, broadly speaking, right. In terms of high value income, while donations from corporates dropped and remained flat, trust income quickly recovered from the crash. Major donor income held up well and even increased. 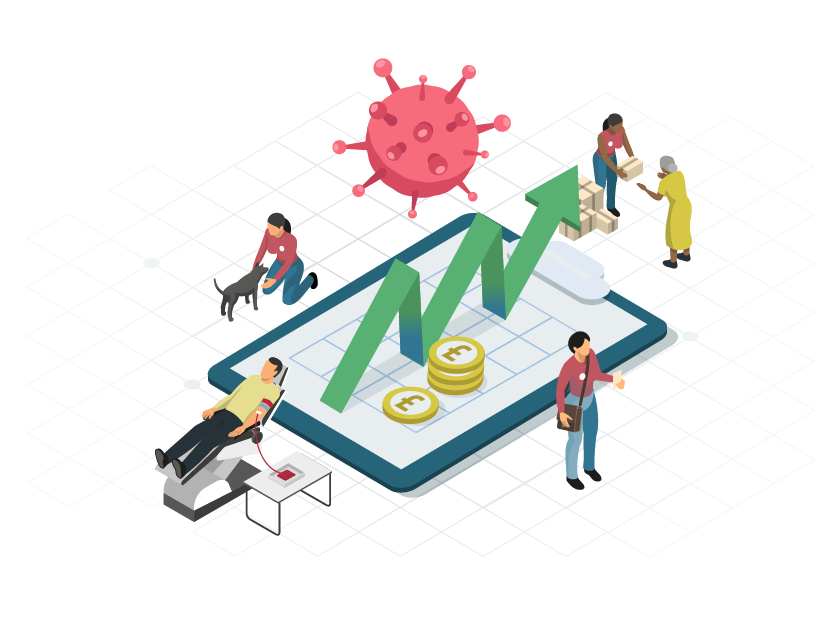 Although the charitable sector as a whole lagged behind others in terms of recovery, its finances were restored to 2007/8 levels within a decade.

The impact of the pandemic and lockdown on the charity sector has already been severe. Some 84% of charities say their income has decreased, and they have revised their voluntary income forecasts for 2020 down by an average of 42%.

Around 90% say that the crisis will have a negative effect on their ability to meet their charitable objectives, and 83% say that emergency grant funding is their best hope of remaining sustainable over the next few months.

However, 84% believe they could play a role in responding to the Coronavirus outbreak, with the majority saying they would need Government funding to do so.

The UK is now in recession. So does it make sense to compare today’s situation with that of 2008? While it’s still too early to tell, they do look very different.

The global financial crisis of 2008 saw six quarters of economic contraction in the UK. It was a classic ‘U-shaped recession’: a relatively slow downturn and subsequent slow recovery. 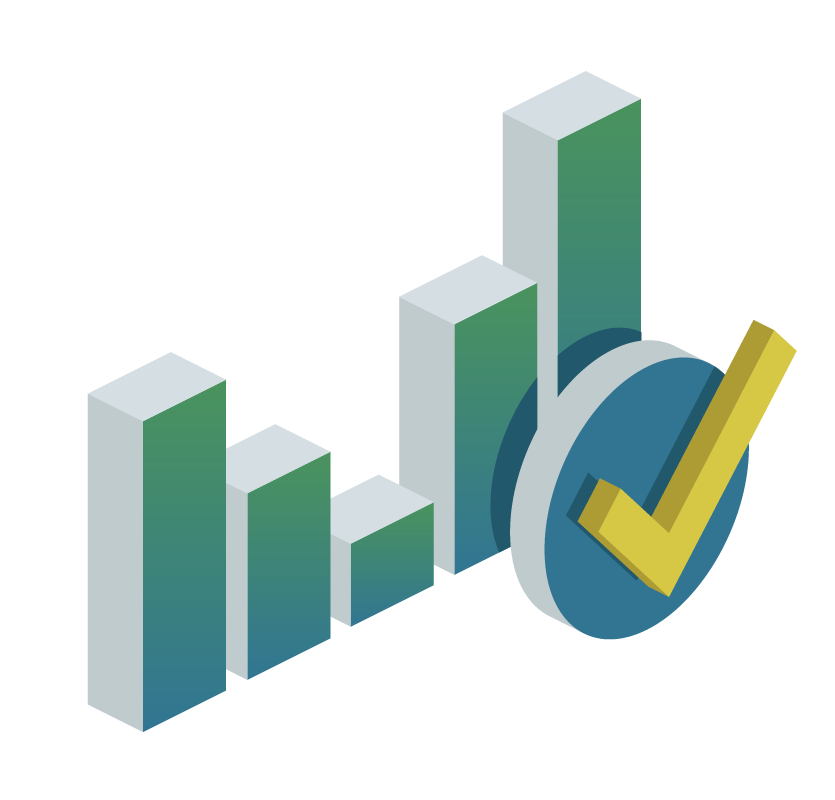 It’s not yet clear what recovery will look like, but there are hopes that it could be swift, making this a ‘V-shaped’ recession.

A Charities Aid Foundation (CAF) report from 2009 found that historically, V-shaped recessions have affected charity finances less than U-shaped ones.

Of course, recovery will be uneven between and within sectors. There will also be other economic factors affecting UK charities, especially the various impacts of Brexit.

But what could the next few years bring for the charity sector as a whole, and for individual organisations within it?

Impact of the 2008/9 recession on charities by size

Perhaps surprisingly, the Charity Commission report of 2010 found that smaller, community-based charities (with incomes of less than £100,000) were the least affected in the immediate aftermath of the 2008/9 recession.

An academic longitudinal study from 2017 gives a more granular analysis of the long-term impact of the recession and subsequent period of austerity.

The big winners were the largest charities, whose income rose by 3%. Their size tends to make them more resilient: they have larger reserves to draw upon, and are better able to adapt to changing times.

Another key factor is a charity’s field or category. Volunteer centres, social care charities and services aimed at helping people into employment all suffered declines after 2008, largely due to public sector cuts.

Meanwhile, international development, preschools, hospices and adult education charities all fared well in the years between 1999 and 2014.

A blueprint for action

We already know that the pandemic has taken a huge toll on mental health in the UK. Adult social care has long been under enormous pressure. There are also forecasts of huge job losses.

Clearly, charities’ services are needed now more than ever. So what can they do to weather the storm?

Based on our extensive work with the sector, these are our guiding principles and steps to take. Many of them are simply good practice and long overdue – so perhaps the recession could even bring about some positive change… 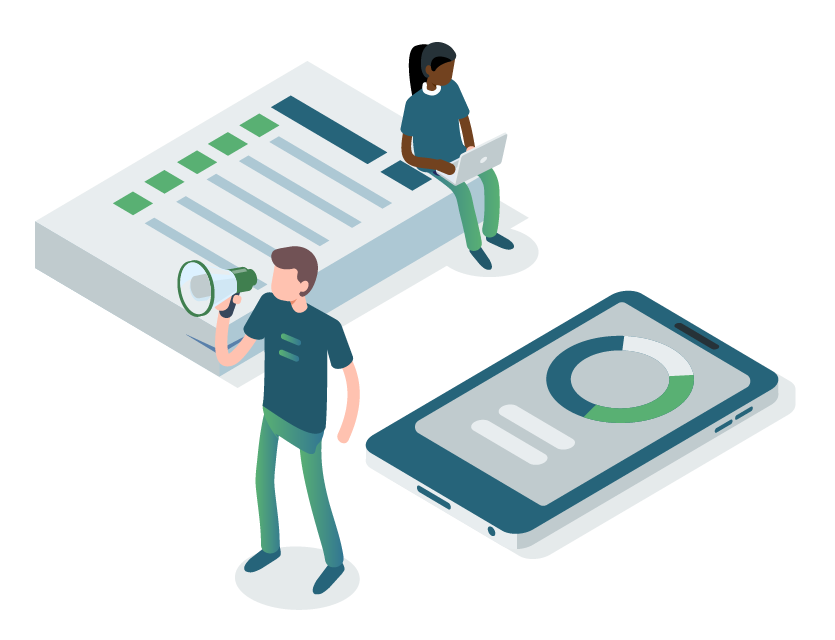 1. Remember who you are

Your Vision and Mission should be what drives you as a charity. Who are your beneficiaries, and what are their needs? Use this as motivation and guidance.

It’s easy to become mired in the short term. But you need to look to the future as soon as possible, and return to prospect research. Remember that many trusts’ and major donors’ funding priorities will change to become more focused on Covid-19. Take advantage of these where appropriate.

3. Nurture your donor base

Cultivating your existing relationships becomes especially important in times of crisis. If you have a loyal supporter base, now is the time to appeal for extra assistance.

4. Link emergency appeals to the crisis

If you have a story of how your charity is making a tangible difference to vulnerable people’s lives during the crisis, shout about it loud and clear!

5. Be ready to adapt

Resilience in times of crisis is largely about ability to adapt. That could mean bringing your services online, approaching new supporters, targeting different groups of service users, or reshaping your entire marketing plan. If your funding is restricted, talk to your donors to see if they will adapt too.

Draw up a one-week plan, a 30-day plan and a 90-day plan – and be prepared to adjust them as necessary.

6. Draw on your reserves

Charity Commission figures showed that 23% of the largest charities drew on their reserves after the last recession. They are the category that has fared best since. If you have reserves, this is what they’re for, so use them.

The CAF report found that donors give according to their own household income rather than the wider economy, and are also likely to respond to perceived need. So gloomy economic forecasts don’t tell the whole story. Don’t assume you need to reduce staff – now could be the perfect time to take on new talent.

Evidence suggests there has been a surge in will writing, as the pandemic prompts people to take stock of their lives. While estates will be hit if house prices drop, you need to be looking longer term.

Running an organisation via video calls takes a lot of skill and patience. But it’s vital that you keep staff in the loop, and share ideas, inspiration and expertise. Try swapping a few conference calls with entire teams for quick catch-ups with individual members of staff.

If there’s one thing this pandemic has proven, it’s that the future is digital. Whether it’s service delivery, donation processing or fundraising, you need to be doing it online – even events fundraising needs to go virtual for the foreseeable future. However, make sure you abide by accessibility guidelines.

There are 180,000 charities in the UK, and many experts believe the sector is in need of consolidation. Consider collaborations or even mergers as a way of streamlining resources and enhancing services. Also, don’t be afraid to connect with your peers across the sector – there are many ways you can help one another on an informal basis.

The longitudinal study concluded that as charities have the biggest impact in the most deprived areas, government support would best be directed at small and medium organisations in these places. If that’s your charity, or you have other strengths, make your case to government at all levels.

Never assume your income figures will fall off a cliff – we just don’t know. Get all your data together, and use it to form hypotheses about charitable giving trends that you can test and adjust. We are all hoping the recession will be V-shaped!

Connect Assist has been working with charities throughout the pandemic. Contact us to discuss how our services can help reshape your charity post-Covid.