The leading women at Connect Assist

Stories of success from our CFO and COO

In June 2017, after running Connect Assist for 10 years, our founders Rusty Livock and Patrick Nash wanted to take a step back from the day-to-day running of the business.

After nurturing and developing the talents of the now existing directors, they handed over the responsibility of driving the business forward to what we now know as the current leadership team. This leadership team within Connect Assist continues to grow the business and as part of their succession planning, have already identified key people within the business that they want to nurture for future leadership.

At the end of 2019, we re-engineered the leadership team in order to optimise focus, play to our collective skills and drive the business to achieve its full potential.

Bernadette Powell moved from Finance Director to Chief Finance Officer – responsible for our financial direction and governance, HR and business support with a key focus on the overall financial efficiency of the business. 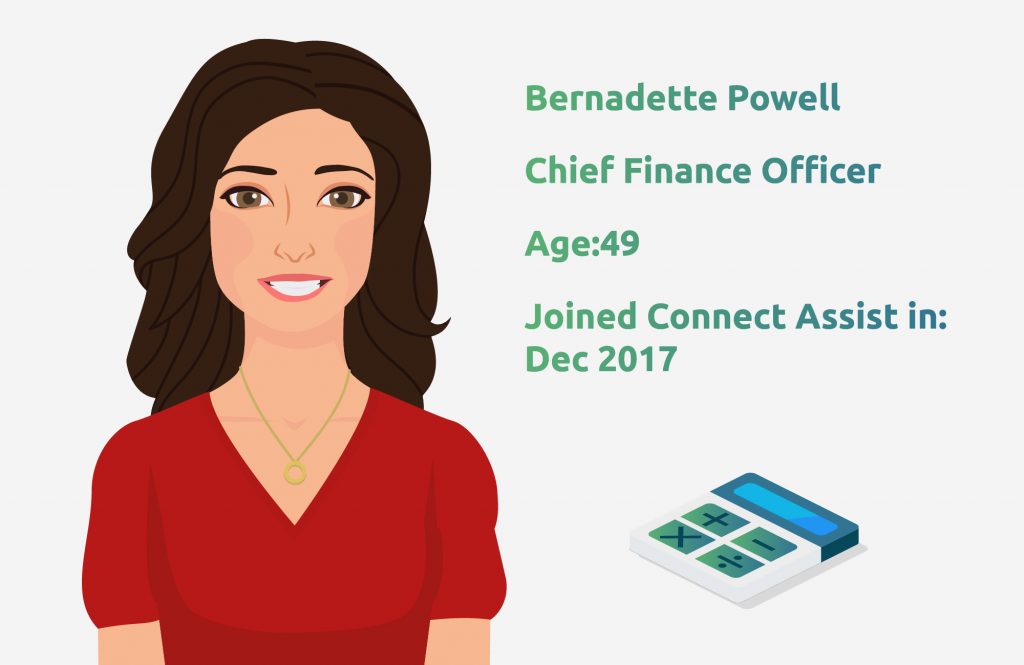 At the age of 20, Bernadette had started a career in the media industry as a finance professional, when she unexpectedly fell pregnant. She took time off work to care for her children and wasn’t able to make the sort of career progression that she wanted to.

“A lot of women still find themselves with similar problems,” she says. “It’s difficult to ‘have it all’ and after having more children, I exhausted the support my amazing mum had been able to give initially. Childcare costs are expensive. Job opportunities, at that time in the 90s, did not offer flexibility for working mums, I just had to put my career aspirations on ice.”

“I never wanted to be a stay at home mum, but at the same time, it was important for me to be present for my kids.”

“Back then in the media industry, you would do well to find a working mum in a senior management position. That’s just how it was; it was just the norm. As a woman, you really had to bide your time, work hard and keep open to rare opportunities.

Bernadette’s drive and determination paid off. Following a 6-year career break she returned to the world of Finance in 2009. She worked hard and alongside completing her CIMA qualification in 2014, she become Head of Finance for an independent TV production company. A few years later she joined Connect Assist.

“I endured a tough few years both emotionally and financially, where I was studying for my qualification and most of my wage went on childcare. Now, I’ve managed to get to where I wanted to all those years ago. Now, it’s all about having a career I can put everything into.”

“My own experience helps me to be more supportive of other working mums who can bring so much to the workplace. There’s a lot of opportunity here for people with the right mindset – which is exactly as it should be. Women shouldn’t have to make the choice between a career and starting a family. To truly level the playing field, we need to push for unified parental leave policies, offering paid leave to both parents. There is a balance and Employers need to ensure there’s a progression pathway for everyone.”

Going forward, Bernadette hopes more employers will have a greater understanding of the unique challenges that women face when building their careers. To realise this, she says there needs to be more women directors putting forward the female perspective. 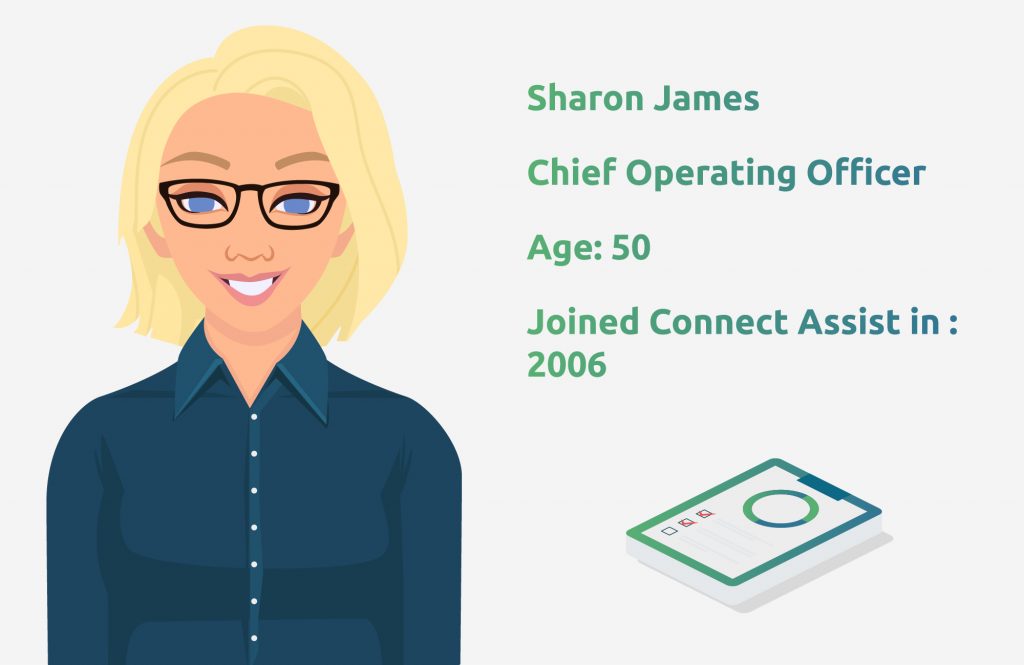 Sharon is another of Connect Assist’s women to find herself alienated by a “male-orientated” industry. Despite the obstacles she faced, Sharon spent 18 years in the banking sector before calling it a day.

“It might be different now,” she says “but when I was working in the industry 20 years ago, women were confined to being back-office workers or cashiers. Everybody at management level was male. There was a sense that, to progress, you needed to work twice as hard as any man, while men were fast-tracked into positions of power.”

Sharon didn’t receive any of that same friction when trying to progress at Connect Assist. Starting out as a Grants Officer, she excelled as a Team Leader, Contact Centre Manager and Operations Director, before being appointed COO following a company restructure.

“Connect Assist have supported me throughout my time here. For example, around 2012, I started a five-year degree course – with classes in the evening – which was paid for by the company. They also allowed me to study during the day when it was required.”

Sharon was earmarked as a potential future leader upon joining the company, with a pathway of progression discussed with her early on.

“We have succession planning. We’ve identified some key individuals who we think will make good future leaders of the company and placed them into a programme, called Leadership Plus, to set them up for success. They’re involved in some of the strategic decisions we make for the business and are mentored along the way.”

Sharon reflected how Connect Assist co-founder Rusty Livock coached and mentored her during her time at the company, with a leadership role regularly discussed, making for a “collaborative approach to progression”.

Going forward, Sharon hopes that more businesses will provide more female mentors to support women in business, setting them on a course for leadership.