Connect Assist has enjoyed growth every year, since its inception.  This growth has further increased in the last two years where we’ve grown from 140 FTE in 2017 to just shy of 300 FTE in 2019.

In light of this continued growth, we recognised the need for a much broader business support operation internally. So we expanded the areas of finance, HR, recruitment and back office

Gemma Banks, HR Business Partner and Rebecca Martin, Recruitment Manager, came on board to enhance our HR functionality and recruitment drive to help support a rapidly growing business. In just under a year, they’ve grown the team even further, bringing onboard an HR Advisor and implementing a new HR platform for staff. 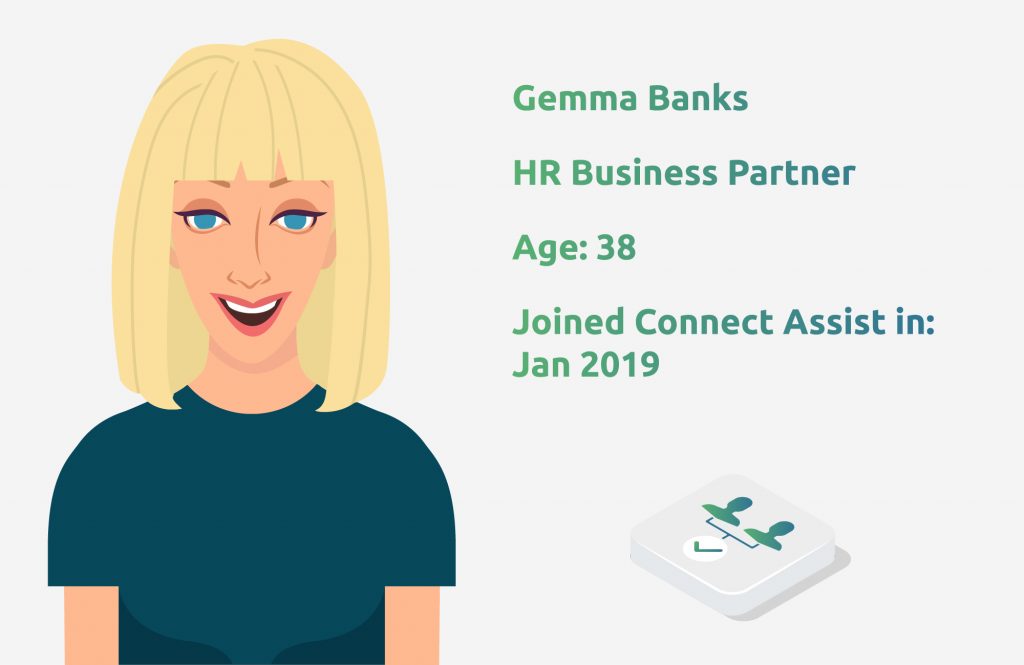 Gemma had built a successful career in recruitment, and by 2010 she was part of a senior management team at a recruitment firm. But she craved a return to the field of Human Resources.

At that time, Gemma felt like making that transition wasn’t going to be possible. So, she handed in her notice having been headhunted by another company who were offering her a substantial increase on her salary.

“During my month’s notice, I took on something of a trainer role. The company was expanding rapidly at that particular time, with an influx of new hires needing additional support. I was more than happy to help,” she stressed.

Her support for new employees hadn’t gone unnoticed by the company’s managing director. At the end of her scheduled final day in the office, a new role was presented to her which encompassed operations, training and HR.

“I was saying my goodbyes to everyone when he called me into his office and presented me with the offer for a role he had created for me, I was so excited at the prospect of going back to HR and progressing into my first management position.”

Gemma couldn’t say no to the role, when she came to study the CIPD Level 7 Diploma in Human Resource Management she was lucky enough to be offered further financial support.

Gemma says her time at the company in question was the start of her “second career” in HR. After being made Talent Development Manager, she went on to become HR Project Manager at a transportation company, before joining Connect Assist in 2019.

At Connect Assist, she was immediately struck by how different the culture was to her previous employers.

“I was attracted to Connect Assist because the job was advertised as full or part time, with a 1 year old daughter, I needed that balance I hadn’t been able to find previously. I had been out of work for 6 months due to serious back problems and I was not expected to justify this during the recruitment process, coming from a background of recruitment where every gap was analysed and questioned I found this a remarkable change in attitude compared to previous employers.” The differences didn’t stop at the recruitment stage.

“I was no longer the only woman in a senior management position! In the past, being a female senior manager in a team of males meant I placed certain expectations on myself. How I dressed and looked, the way I behaved, rightly or wrongly I always felt as though I had to present myself as more professional than my male counter parts. Nobody ever told me I had to behave differently or put pressure on me in this way, but in a very male dominated industry, I felt I had to be different to make sure I was respected and listened to.”

Gemma says from the moment she met her future leaders at Connect Assist, she felt differently.

“We don’t try to accommodate women; we just do. A good example of this is our flexible working policy. We don’t follow the 26-week rule – you can request flexible working from day one of working here and we will consider it. What this means is that nobody feels like requesting flexibility to suit their needs will be seen as a negative. Everybody is entitled to seek balance in their life.”

Going forward, Gemma hopes everyone, not just women will feel comfortable expressing themselves – in the way they dress and act – in a manner that is most natural to them; no matter what industry they’re working in. 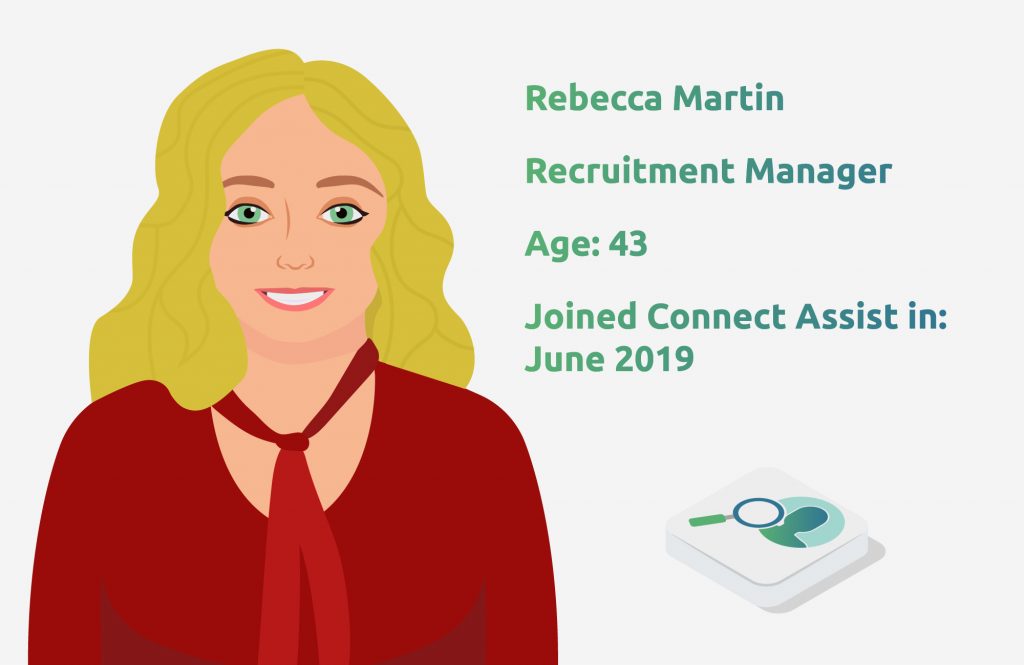 Rebecca started out in financial services, an industry she describes as “very male-orientated”. Having grown frustrated at the lack of opportunities, she switched to recruitment.

“People used to say that recruitment was a ‘job for the boys’ too, but I generally didn’t see it as a problem. However, my eyes were opened somewhat after returning from maternity leave,” she explains.

Rebecca remembers how, before going on maternity leave she was senior to one of her male colleagues. But upon her return to work, he had been promoted through the ranks and was now a director. After that, she says she struggled to get the same recognition for her hard work.

That experience prompted her to consider a job at Connect Assist. She calls it “the best decision” she ever made in a work context.

“Firstly, the job was advertised as four days a week, which suited me down to the ground,” she says. “I’m a big believer in a healthy work-life balance and so are Connect Assist. I’m now pushing for a contract that would suit single parents who have to do the school pick-up and might only be able to work nine till three. I know there’s a big pool of talent to tap into there.”

With complete autonomy over the role, Rebecca can ensure that there’s no bias in the company’s recruitment.

Connect Assist don’t look at CVs in the same way that other employers do. If there’s a gap in the candidate’s employer history, for example, Rebecca will speak with the individual first to get some context.

“It’s the person fit that’s most important here. Background doesn’t always come into it. I give all our candidates a phone call to make that initial assessment. If they’re deemed a strong candidate, they’ll be invited in for a face-to-face interview.”

It’s down to the respective managers to make the ultimate decision on new hires. But they often won’t know whether the gender of the candidates they’re meeting prior to interview day.

“This means they’re going in with a complete open mind and not holding any preconceived ideas about what to expect. This isn’t a company policy, it just makes sense.”

Going forward, Rebecca hopes that more recruiters will take action to attempt to remove any unconscious or conscious bias from their recruitment, stressing that everyone, not just men, needs to consider their biases.